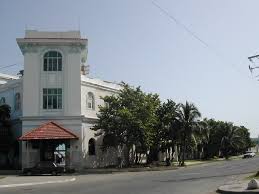 So that we are all on the same page, I will dedicate this post exclusively to casino and its history. This is information that I believe every casinero (Spanish for “casino dancer”) should have. (In later posts, I will address other issues concerning the dance of casino, such as why it is referred to as a style or form of “salsa,” and the misconception that it can only be danced in a rueda, or circle, formation.)

Simply put, casino is a Cuban partner dance which developed in the 1950s. Bárbara Balbuena, who has written the only definitive book on casino as of now and from which I will be citing, El casino y la salsa en Cuba, tells us about casino’s gestation:

The primary locations where the dance of casino was configured were Recreational Societies (Sociedades de Recreo), los Clubes, and Ballrooms (also known in Cuba as ¨Casinos”), where a great number of attended with the intention of having fun and dance national musical genres and the latest international music. (p. 28; my translation)

According to Balbuena and many others who have studied the history of Cuban dances, taking advantage of the popular dances and music of the time, especially chachachá and son, people began to form ruedas (dance circles) in which partners performed dance figures in unison while exchanging partners in dynamic and creative ways. Balbuena fixes the year of this new dance phenomenon to 1956 (p. 36) while attributing exclusively to El Club Casino Deportivo the place where, conceptually, casino began to identify itself as a new dance style, as people would exhort each other to form a rueda and dance “like in the casino” (p. 36). The name stuck, and eventually people began to tell each other, “Let’s dance casino.” It is not known, however, when casino began to be danced outside of the rueda format, for no one exactly remembers (p. 43).

Although casino is seen as mostly having been influenced by son dance, we can also trace it back to danzón and the already mentioned chachachá. I will now proceed to show you videos of these dances, culminating with a video of casino dance, so that you might see the choreographic heritage for yourself.

The reason you do not see any of these dances done is the rueda format is because, since casino’s inception in the dance scene, casino has been the preferred dance when it comes to dancing in this format. I have yet to see a chachachá rueda, or a son rueda video. If you find one, please do pass it along!

It should also be pointed out that the dance of mambo, contrary to what some people may believe or say, did not influence the dance of casino. Mambo was a dance made out of a few choreographed steps which was short-lived in Cuba and never really made stuck with to the masses. The only thing that has remained of mambo is the basic mambo step. Dance begins at 2:33. (Also, this should not be confused with what people refer to as “mambo” in the United States.)

So, to recap, the three dances led to the dance of casino were danzón and chachachá, but mainly son. Said choreographic heritage left us with this: casino:

That last video is the partner dance between only two people. The “1-on-1,” so to speak. The following video is of casino in its rueda—and original—format.

There you go. In a nutshell, that is casino, Cuba’s most popular partner dance to date.

I should add that this little piece of history is no substitute for reading the book from which I borrow this information, which I recommend you get your hands on, as it contains a more detailed history of the dance of casino, the music under which it developed, and traces a progression of the dance from its conception until very recently, all accompanied by pictures and explanations of basic steps.

Here is a link to the book:

9 thoughts on “The Dance of Casino: A Brief History and Definition”