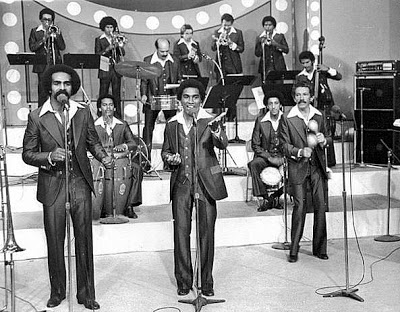 So much ink has been spilled on trying to answer the question, “What is salsa?” Everybody has their own definition, from musicologists to musicians, from music aficionados to dancers, to any person who has ever listened to the music. Countless arguments have ensued over the decades over this definition, often times turning into protracted struggles for cultural and identitary ownership of the term. And yet, no matter how these arguments or discussions begin, when the dust finally settles, the following binary still remains: Salsa music either

As you can see, a lot of it has to do with identity. And in my experience, these discussions, when they get pretty heated up among those who partake in it, they really come down to petty national pride.

Personally, I’ve grown quite tired of this.

Some years ago, as I was looking for ways to define casino as a separate entity from salsa dancing, I decided to find out for myself was salsa music actually was. Because I am part of academia, I had access to many databases and libraries where I could get a great number of scholarly articles and books written on the topic. So I did.

I read. A lot. It was a lot to sort through, and there was a lot of contradictory information everywhere. It took me a while to learn to navigate the maze and finally arrive to a definition of salsa I could call my own; that is, a definition that wasn’t a mere regurgitation of someone else’s definition, but rather something I had thought long and hard about. My definition is by no means the definition of salsa, hence why I won’t tell it to you, as I don’t want to bias you as you continue to read further.

What I do want to do with this post is to simply expose you to one of the books I consulted during my journey as I searched for a definition of salsa, and which I found to be one of the most—if not the most—helpful. Ironically, I didn’t need my academia connection to get a hold of this book, as it can be easily purchased by anyone through Amazon.com. The book is titled Faces of Salsa: A Spoken History of the Music, and it’s a compendium of interviews conducted by Leonardo Padura Fuentes, in the early-to-mid 90s, to musicians from the Hispanic Caribbean.

In this post, I will be citing textually what these musicians had to say about salsa. (All their names are hyperlinked to a Wikipedia page in case you do not know who some of these musicians are.) As you will see, everybody’s got their own definition of salsa, and sometimes these definitions are so different that they contradict each other, even among people from the same country. Yet as you read through the definitions, you will begin to notice that, despite their differences, many of these musicians share some of the same opinions on some things. As to what these are, well, I leave that up to you and whatever you choose to read into their words.

Why am I citing musicians? Well, for starters, they are the ones who have, literally, hands-on experience with the music. Yet they are the ones whose opinions we do not get to listen to a lot when, in some forum or Facebook comment thread, we read an online discussion on the topic. Filled as these are with people who many times just end up repeating a certain “narrative” that suits their needs—being cultural, identitary, or political—a musician’s perspective on this is a welcome respite, a breath of fresh air.

Lastly, I would like to clarify that I am not writing this piece as a way of leading you toward a certain definition of salsa. Rather, this merely intends to provide a starting point. The rest? Well, that’s a whole different journey. One which you will lead. And define. 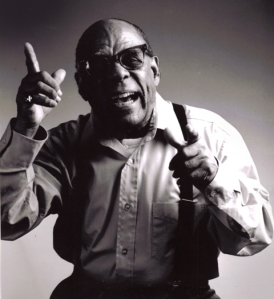 Who said salsa exists? Go ahead, show me a paper with salsa music, come on. The other day I saw a Cuban cassette titled Mi salsa, and I said to myself, “Now we’re really screwed if they’re talking about salsa over there [in Cuba], too.” Who said salsa exists? Look, ask Tito Puente himself; he knows where all this started, and he’ll tell you the same thing—that the only salsa he knows about is spaghetti sauce. (p. 23) 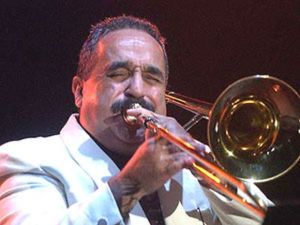 I don’t believe salsa is a rhythm or a genre that can be identified or classified: salsa is an idea, a concept, the result of a way of approaching music from the Latin American cultural perspective. (p. 31) 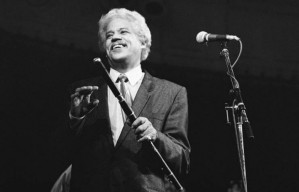 The word “salsa” came about when we started traveling in Europe with Fania and I realized that, except in Spain, no one knew anything about Cuban music. After all, what we were doing was taking Cuban music and adding more progressive chords, emphasizing the rhythms, and highlighting certain aspects, but without changing its essence. And since the word “salsa”…had always been associated with this music, it seemed logical to call it that.

(…) In the final analysis, I believe this is what distinguishes salsa: it’s not a rhythm, or a melody, or even a style. Salsa was—and still is—a Caribbean musical movement. (p. 58-9) 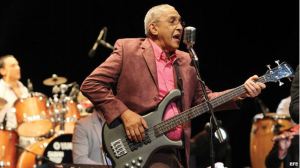 I’ve always said—and I am sure of this—that salsa is born from the cultural necessities of a large Latino community that exists in the United States…So salsa is created in response to the need for a music in tune with that Latino community, and the result could in no way be exclusively Cuban music, although from its outset it drew upon melodies very close to those of Cuban music of the 1950s…specific sounds and particular references begin to appear in the arrangements, in the way singers are used, in the trombones…But I keep thinking that the foundation of all that is Cuban music, and it’s not just my opinion; all the salsa greats also admit this. (p.73) 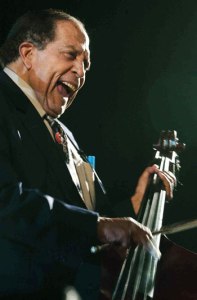 Salsa, as Tito Puente has rightly observed, is the tomato sauce that’s used for cooking…What happened with the other “salsa” is that it was used to commercialize Cuban music in the United States. But as a musical genre, salsa doesn’t exist…The fact is that when you say a certain music has salsa, it’s like saying it has flavor…But to go from there to saying that salsa music exists is quite a leap. (p. 100) 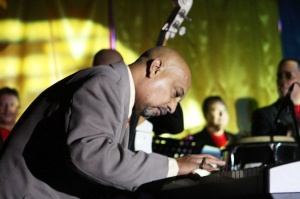 Although there are different versions, I think the real people responsible for the acceptance of this term are Jerry Massuci and Johnny Pacheco, when they founded Fania and began to cultivate and promote all the rhtyms of the Caribbean under one umbrella. So they grouped them under one label, in one style, which was called salsa. But behind all that, more than anything else, it’s a more contemporary treatment of the Caribbean music that originated in Cuba…[S]alsa has been influenced by every possible genre, and that’s why it has elements of jazz and pop, of bomba and plena, of merengue, and even of Brazilian music…So, salsa has been enriched with elements from everywhere, not only from Cuba, and at this stage of the game it’s not fair to say that it is simply old Cuban music with contemporary arrangements. Because even if you can’t speak of salsa as a genre per se, it’s obviously a movement that has transcended all national affiliations to become a musical phenomenon of the entire Caribbean. (p.119-120)

3 thoughts on “Salsa Music: Toward a Definition (with a Little Help from Musicians)”