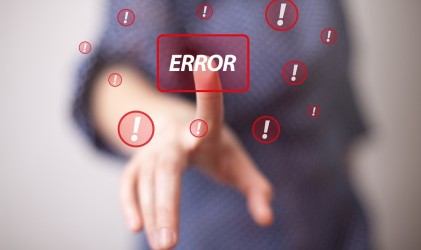 I teach Spanish classes at a university, and every year, the same thing happens: even though all of the students have received the same instruction from me, some perform better than others at exams. This is true for every class everywhere. You’ll see people getting high grades, others medium grades, and then there are those who will not get a passing grade—again, even though the same information was given to them.

All this to state this: exposure to content does not necessarily mean retention of content. In other words, just because an instructor or teacher stands in front of you and lectures you or shows you how to do something, this doesn’t mean that you will actually learn it and be able to apply it during an exam.

And also: people learn at different rates. Perhaps one of my students, given the time constraints of the semester, could have done better if the class had taken longer, if she had had more time to practice the grammar before taking an exam. In that sense, exam dates are very arbitrary and often are not a reflection of the student’s skills with the language.

But what does all of this have to do with casino instruction?

Well, here is the thing: dance classes are not exempt from having attendees who do not retain the knowledge that is being taught, or who learn the same concepts at different rates.  Again, this happens in every class.

The difference between casino classes and, say, the Spanish class that I teach at the university is that the former does not have an examination at the end while the latter does. Whereas one, given its lack of examination, does not expect every students to know certain things by the end of the course, the more traditional class which emphasizes the exam does. That’s why no one gets number or letter grades when they take a casino class. There is no exam. You’re not expected to test your knowledge.

So, theoretically, your casino dance class shouldn’t suffer from the shortcomings of a more traditional class which tests the students arbitrarily due to time constrictions (i.e. you only have a semester to learn the material).

Theoretically, there shouldn’t be an exam at any point during casino lessons. There is no need to. No one is grading anyone. Plus dance classes are flexible, most of the time. Indeed, you can spend as much time as you want at a certain level (i.e. Beginner, Intermediate, Advanced) which, of course, are also arbitrary. It’s not like school, where every year you have to move on to the next grade, making exams a necessity in order to assess the ability of the student to move up.

So there shouldn’t be an exam in a casino dance class, but if you really think about it, you do get an exam. And it happens in every single class. Every single class (this is what I’ve generally seen in casino classes in most places), the instructor(s) expect you to do whatever you were taught that day.

Think about it. Chances are, your class generally follows this format: The instructors spend most of the class going over a new turn pattern. At the end, music plays, you all get with a partner, and the instructor calls out the move so that everybody does it at the same time. Sometimes, even as you are doing it, the instructor is telling you what to do, what move comes after the other.

You are being tested here. Indeed, your success in this type of lesson is measured by whether or not you led or followed successfully the turn pattern that was taught that day.

But here is the thing—and this is where I believe there is an error on the part of the instructor(s)—: it doesn’t have to be this way!

First of all, why should it be this way? Haven’t we acknowledged that everybody learns at different rates? That even if you have taught something, it doesn’t necessarily mean that people have actually learned it?

That would be akin to me giving my Spanish students an exam and expecting everybody to get the same grade. That’s bonkers.

However, for some reason, that idea doesn’t seem as crazy in a dance class. And no one seems to be questioning this.

So, why is it counterproductive to teach a class in the way that is being taught today—that is, turn pattern-based with an “equalizer test” for everybody at the end of class?

Recently, a contributor to this blog, James Bucklew, wrote an outstanding piece (read it here) questioning the use of the rueda when teaching to dance casino. One of the arguments that he made against it, and with which I agree wholeheartedly, was that, by teaching casino in the rueda format, given the fact that the moves are always called, the students actually never get to practice their leading and following skills. Because in the rueda everything is choreographed and the students know what turn pattern they are supposed to be doing because it is called ahead of time, it doesn’t matter if you lead something wrong, of follow it wrong. The other person can make up for it—because they know the choreographed steps that the move needs in order to coalesce—and the turn pattern happens.

However, if the exact same mistake were to occur on the social dance floor, where there is no one calling the moves, you wouldn’t have the same end result. In that situation, if the leader were to make a mistake, the follower wouldn’t know what the leader was trying to do—because, again, no one called the turn pattern—and therefore she wouldn’t be able to make up for it. Conversely, if the follower were to make a mistake, the leader wouldn’t know how to make up for it because he never had to practice actually leading the move; in class, the follower was doing it regardless of whether the lead was wrong or right because she knew the move.

If doing a certain turn pattern is the goal of the class, then the above will always be a problem because the entire class will be focused on teaching followers and leaders their steps, and then, toward the end, taking away all their agency as leaders and followers by calling out when to start the move. (This happens in classes which do not use the rueda format, too. Indeed, even those who teach partner-work will often call the moves.)

Having one turn pattern be the goal of the class is also problematic in that it assumes that everybody moves at the same speed when it comes to learning. So it can be frustrating—and off-putting—to those who are “slower” in their learning to try to keep up with those who are “faster.”

And thirdly, it also assumes that simply being exposed to the turn pattern means that the student will be able to execute it successfully at the end of the class. That’s crazy! It’s like thinking that because you read a lot of novels, you can all of sudden write one yourself.

So there is a lot of faulty reasoning taking place in these classes, folks. And sadly, the students are the ones suffering for it.

It’s actually not that drastic of a change which needs to occur. Indeed, instructors can still teach the turn pattern that they want and even practice it with everybody, but one thing has to fundamentally change: instructors need to let their students lead and follow whatever their students are comfortable leading and following.

There needs to be an acknowledgment that individual difference exists; that not everybody learns at the same speed and that just because a certain move is taught it does not mean that students will retain it and be able to execute it later. Once all of this is acknowledged, then all you need to do, as an instructor, is teach a lesson which actively engages with the very concepts that are being acknowledged.

What follows is what I personally do. This is not intended to be definitive, nor does it want to be “the way” to do it. Rather, I offer it as a way of getting you to think about this topic and start a conversation.

Students need to lead and follow; therefore, instructors have to take out the one aspect of lessons which hinders the learning of leading and following. That is, they have to stop calling the move and when to start the move. For example, all I do once I teach them how to do something—and of course, explain the principles of how to lead and follow what I am teaching—is keep the timing for them when it is time to practice, as you can see in this video. That way, students get to actually play with their leading skills, and they get to practice following. But more importantly, they get to realize that leading and following is complex and that it requires a great deal of communication between the partners—not between the partners and the instructor—, of figuring out each other. It’s the difference between a kiss between two newfound lovers and a kiss between two actors who are being told when to kiss, and how, by a director.

What that leads to, then, is them doing not the exact same move which I taught—because that was never the goal—but rather what they feel comfortable doing with that turn pattern or move that was taught, based on how they are interacting with each other. When I observe the students practice whatever I taught them, I don’t see all of them doing the same move(s) which I taught. I see some doing most of it, others doing about fifty percent less, and then others who are doing very basic things. All of that is fine because everybody is doing whatever they feel comfortable doing with each other, however little, or much, it is.

The switching of partners cannot be forgotten, either. Partner switching needs to happen often during practice. That way students get to experience in class what it is to have leaders and followers who can do different things, depending on their skills set. This most closely resembles what happens outside of class when they go out to dance, which is the goal of most students, I’d think.

Finally, the instructor needs to emphasize during class at all times the very things that I am saying here. That is, that what it is wanted of them is not necessarily to execute the turn pattern that was taught to them, but to do as much as they feel comfortable doing. That the goal here is them learning how to lead and follow, and the turn pattern is just the excuse to get them to do just that. And that messing up is part of the learning experience.

Again, the goal of a class should not be to teach a turn pattern. The goal should be to let students do as much as they are comfortable doing out of what the instructor taught them. There is no need to “test” whether or not they can execute the turn pattern fully because knowing turn patterns is not a measure of how good of a dancer you are, as I have argued in this other blog post. A more decisive factor in that regard is one’s leading and following abilities, which then allow the dancer to lead or follow any turn pattern.

Everybody learns at a different pace. Casino dance instructors: let your students do just that.